The strange wild garlic at the Botanical Gardens Copenhagen

[Scroll down for english]

In early April, on a visit to the Botanical Garden Copenhagen,
we noticed large patches of an Allium plant slightly resembling wild garlic (A. ursinum),
and sharing with that the distinct scent of garlic –
strong enough to be noticeable when walking the paths inbetween the patches of the plants.
It fills large parts of the garden, and at the northern entry to the garden, starts spreading out of the garden, through the fences.
It has also conquered the lake shores.
The plant’s leaves are a lot more narrow and elegant than those of A. ursinum,
and the flowers appear much earlier (early April) and more prominent. 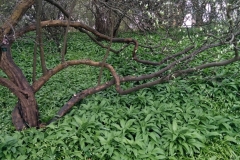 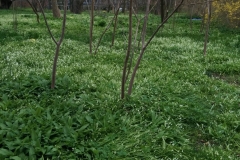 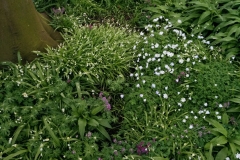 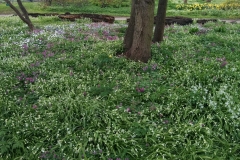 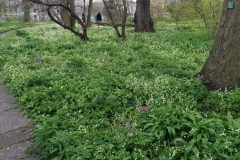 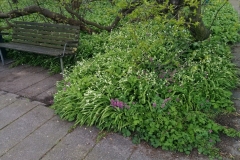 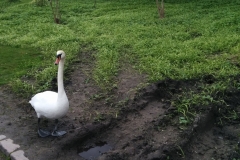 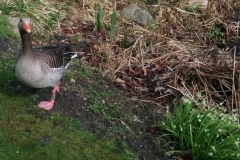 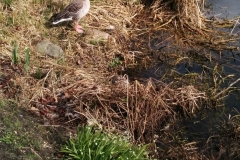 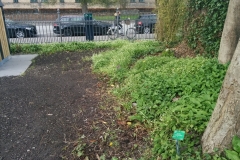 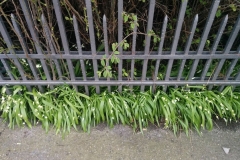 A gardener (thank you!) explained to us:

It is Allium paradoxum, first introduced to the garden from Central Asia / Russia,
on only a small patch of land,
which has aggressively invaded large parts of the gardens,
effectively displacing many other species, like Anemona.
Allium paradoxum, the few-flowered garlic or few-flowered leek – Danish: Spøjsløg (the “funny” onion), german: Wunderlauch – is an Asian species of wild onion in the Amaryllis family.
It is native to mountainous regions of Iran, Caucasus, and Turkmenistan.

All parts of the plant are edible (and indeed very tasty and healthy, much like wild garlic – great for pesto, soups, creams).
You are not allowed to harvest plants from the Botanical Gardens, but you will find the plant other places, e.g. at Amager Fælled.
Maybe though, it could be a great idea for the Botanical Gardens, to invite the public to a big harvesting day, in order to combat the further spreading of the invader?